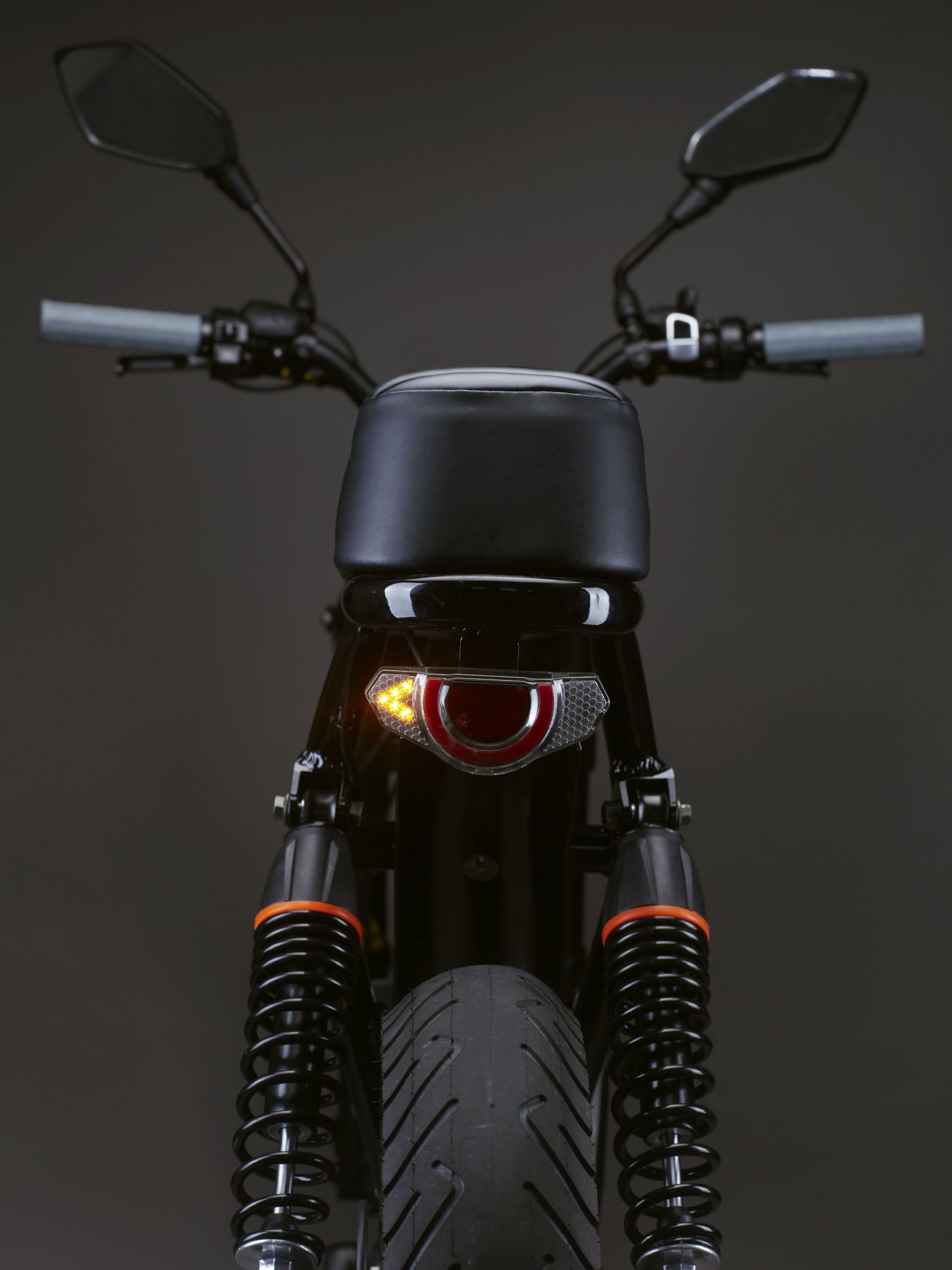 Our friends over at Spark Cycleworks have been hard at work with their new production of….

They are not E-bikes! eMopeds – aren’t eBikes. Not a motorcycle either. They have pedals and they have an electric motor. These are Electric Mopeds by law in the USA. They can go over 35 mph because the motor is six times more powerful than a traditional ebike.

The first run sold out almost immediately! They are in production for the second run (update – and third, and forth and fifth). And they are accepting reservations for just a hundred bucks. And I’ll get you a discount you can use on that deposit (or any ebike purchase). Easy right? You can check that off your gift list.

Two base styles of electric mopeds

So there’s the Bandit (crossbar) and then there’s the Trooper (step-through). I like to think I’m a bit of both. Ha! Nah, not a bandit but yeah – a trooper! Anyway….. They’ve just sold out on their first run. Like that fast and are taking deposits for the next run currently in production. Ready for shipping for the holidays. But does that seem like a ways off? It’s not. Look how fast this year went by already. Both models are totally customizable. Spark loves working with custom builds! Engineers doing what engineers love to do – engineer stuff – and innovation is their middle name. And this one loves developing electric mopeds.

This electric moped looks cool and feels cool. I tried it and it is a very comfortable ride. And a powerful one. Feels secure. The US limit for electric bike motors is 750 Watts. Over that power limit, each state regulates what they consider motor-driven cycles (mopeds) at different levels. Federally, the limit is 5hp (3,700 Watt), however, the vast majority of states have adopted a 2hp (1,500 Watt) and 35 mph limit. So the engineers over there built the Bandit series to follow the 2hp rule. They also offer VINs, and include all required equipment for legal riding!

The Bandit’s Motor – The Bandit’s 1,500 Watt motor gets you 35mph riding speeds and puts it into the emoped category by federal/state guidelines. You don’t need a motorcycle license if under 1,500watt(2hp) on the majority of state levels/ 3,700(5hp) on a federal level. But always do your own due diligence, check with your own state’s guidelines to get the most up-to-date requirements. Regulations on electric vehicles change as fast as the weather. Weather ’round here changes pretty fast.

Same as the Bandit all the way through, but with different styling (the frame is different). A bit easier to get on and off with the step-through style. Both allow for a passenger.

With both, you get a full-featured control center:  full-color display with a phone charger, throttle, and pedal-assist control, motorcycle horn, hydraulic Shimano brakes, mirrors.

They get it, you want to make it your own. With the teams’ extra efforts these can be modified. We all want to see what you’ll do!

Check this out – they modified the Bandit and turned it into a cafe racer called Espresso. They used a fancy cafe fairing and single headlight, a splash of color and, an electronics update to make it a little more exciting. Espresso pushes past 2,000 watts and can hit 45mph with a few secret updates.

About that discount code – email them with crazyebike from Judy to get $75.00 off your deposit or purchase of any ebike.

Go get it now!

Check out this article about what’s allowed on national park bike trails. Ya need to know where it’s good to ride.